MINERALIZATION INTO AN EXTENSIVE FAULT RELAY: THE IMPORTANCE OF THE KINEMATICS 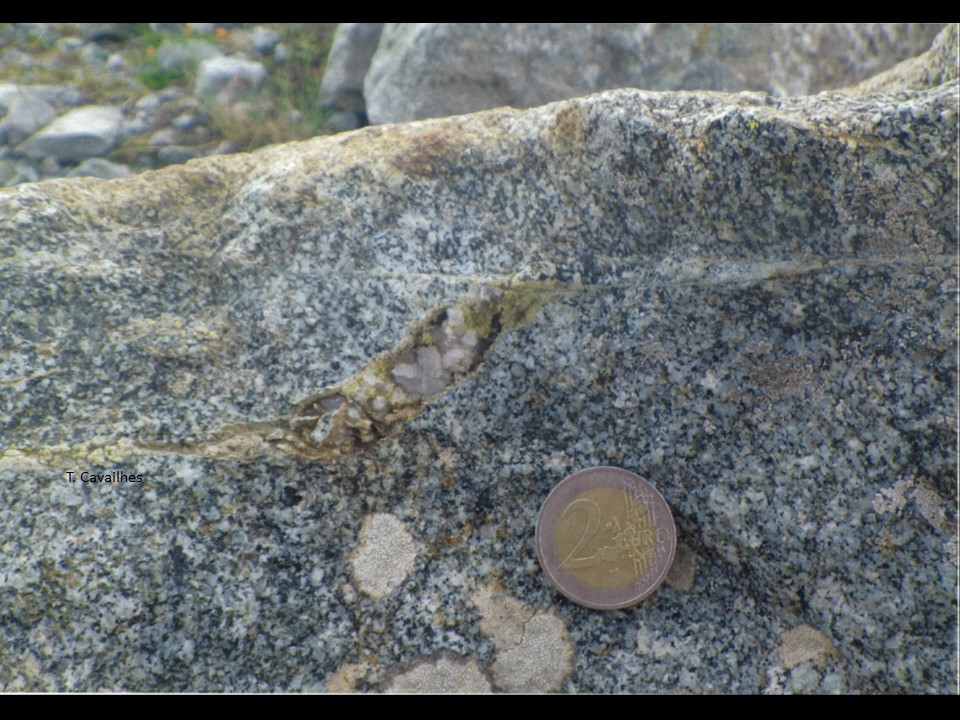 Mining geology requires an accurate knowledge of the structural concepts, in particular in order to localize ore bodies. In addition to the pressure, the temperature the presence, the volume and the composition of fluids, localizing where the structural porosity is located is therefore crucial for exploration geologists. The occurences of both extensional relays and extensional quadrants remain difficult to predict in fractured/faulted systems, in particular without any « static friction » data to properly model the system . The amount of opening displacement leading to available spaces for hypothetic mineralizations is almost impossible to predict in subsurface. Studying the « structural style » of a given prospect, using field, core and analogue data, appears necessary to unravel/quantify/assess the potential availaible volume of ores. This latter quantification is a function of the ore body direction of elongation that can be predicted using structural geology concepts.

Why is it so important to determine the kimatics in order to infer the deformation axes?

Could we upscale such observations at a »mine » scale using self-similarity (e.g. Mishra, P., Bhatnagar, 2014)?

The host rock is made of Hercynian granitoids. Minerals into the extensional relay are epidote, quartz and chlorite. The deformation and the associated mineralizations are related to alpine deformations leading to brittle tectonics. The structural heterogeneities have provided and  eased the development of  hydrothermal systems (~ 300°C). This type of ore bodies can be seen as « extension gash veins » with a probable syntaxial mineral growth (e.g. Hodgson, 1989). Such structural geometries can be extrapolated to other (all?) types of mineralizations in the brittle regime. 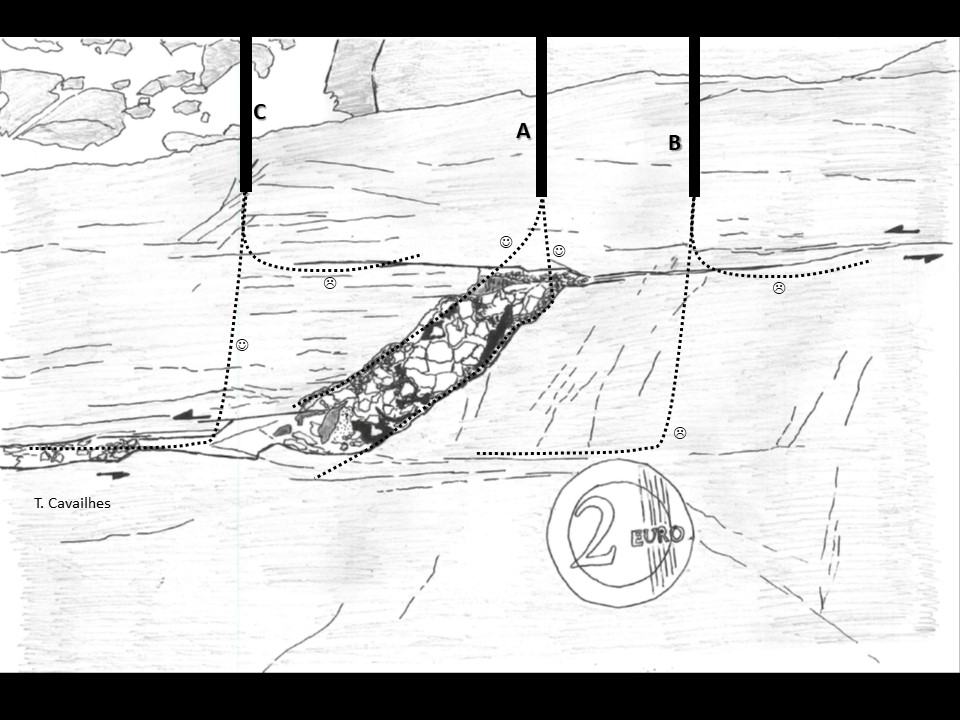 How could we use this outcrop interpretation?

3D elongation of the ore body:

The elongation of this ore body is more developped along a direction perpendicular to this field picture than the one that is here visible. Indeed, extensional relays are preferential pathways for fluids during/after the deformation along the Y axis of the deformation, i.e. perpendicular to the slip vector (e.g. Sibson, 1996; Cavailhes et al., 2013). In this sinistral strike-slip case, the slip vector is comprised into the picture plane. This structural architecture leads to mineralization into extensional relays along the Y axis of the deformation.

Angle between the ore body and the shear-zone:

The relative angle (~ 50°) between the extensional relay and the C planes (localizing the sinistral kinematics) is probably a function of the « in situ static friction » predating the shearing deformation (Soliva et al., 2010). This inference suggests that catching/measuring the structural style on the field would help to predict in subsurface the relative angle between shearing structures and opening structures hosting the mineralization. Such knowledge would be helpful during mine plan development.

In a same mineralized faulted geological  system, the well A would be « lucky » to find the main ore body. However, an accurate structural analysis is needed to optimize the trajectories of the different sidetracks. The well B appears « unlucky », despite being close to the main ore body. A relevant strategy could be to localize/map the fault tip in order to find the extensional relays or the extensional quadrants. The well C would be a common case of exploration: We might be satisfied with what we got but the designed sidetrack well could be along the wrong direction (cf. picture). It appears relevant to accuratly localize/map the second main shear-zone in order to succesfully drill between the sinistral strike-slip fault tips.