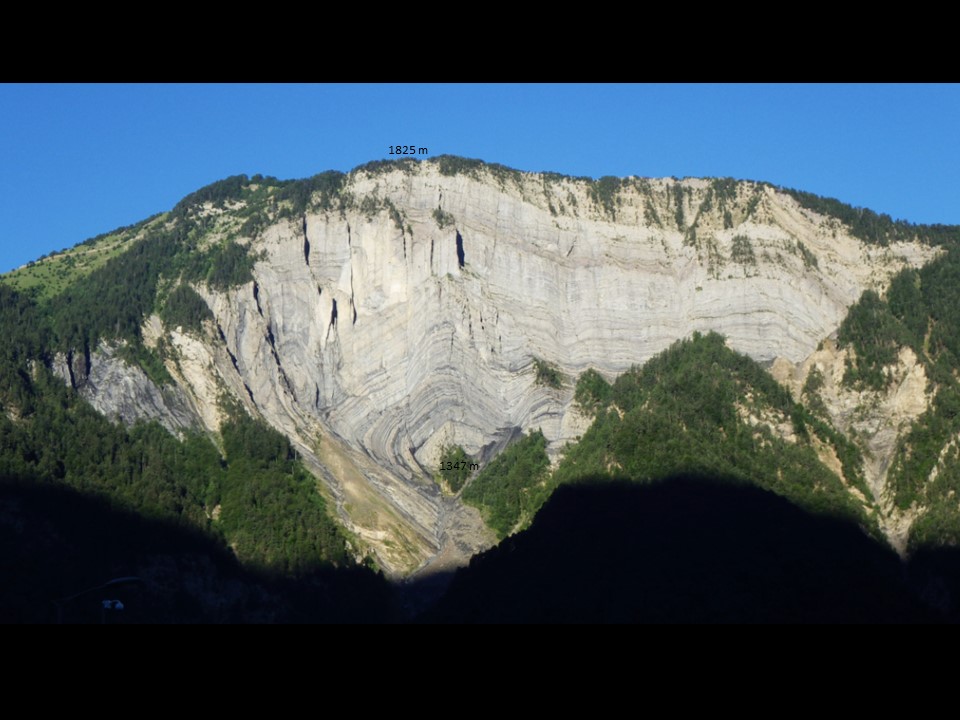 Geologic context about this km-scale anticline:

Anticline structures commonly host reservoirs and fractured reservoirs, in particular in carbonates. Assessing and discussing the fracture distribution in such tectonic structure remains challenging, in particular using seismic data in which the accuracy of the resolution does not allow to address this issue with confidence. Storage, injection or production are highly dependent of fracture connectivity, density, and apertures. Fracturing can occur in response to many parameters that need to be understood such as the regional tectonic setting, folding development, faulting development, deconfining phases etc. (Cavailhes et al., 2015). We therefore propose this outcrop picture and related interpretations to discuss the relations between folding and fracturing through a fictive well (borehole) crossing a giant anticline.

What could be the subsurface seismic expression of such folded structure?

What are the implications for subsurface reservoir compartimentalization?

The studied escarpment is 500 meters-high and therefore of seismic-resolution.  The Jurassic (Sinemurian/Hettangian) host succession is up to 300 m thick and is made of 10m-thick limestones (mainly in the upper part), marls and black shales strata (lower part). The black shales are organic-rich and could locally be considered as potential source rocks. The depth during the compressive deformation phases did not exceed 3-4 km. In addition, the exhumation phases have probably generated some fracture sets. 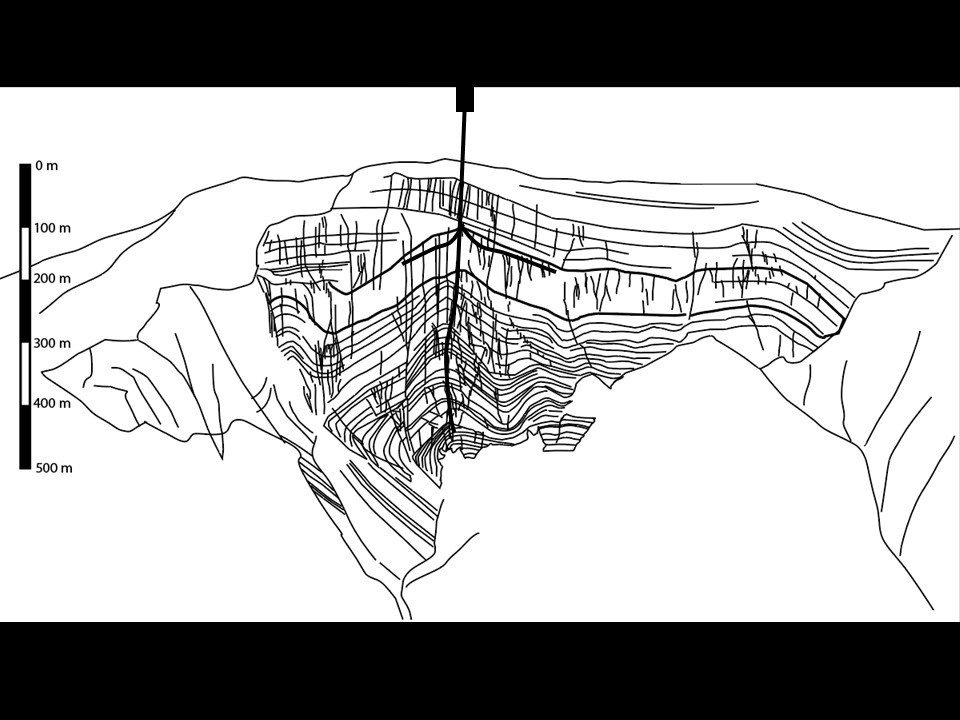 HOW COULD WE USE THIS OUTCROP IN SEISMIC INTERPRETATION?

The anticline is box-shaped with an overturned flank. The lithological contrasts between black shales and limestones are rather well defined and would suggest that mechanical contrasts would be correctly imaged during seismic interpretations. Source rocks and reservoirs units would probably be interbedded in such marine depositional environments despite the fact that the ratio significantly evolve from the bottom to the top; indeed, the black shales are mainly located in the lower part of the fictive well.

It is interesting to note that no clear link is established between fracture distribution and fold shape. In addition, there isn’t any clear spatial correlation between subseismic-scale fracturing and mechanical contrasts, this latter commonly leading to strata-bound fracture pattern (Huang and Angelier, 2009). Alternatively, the tightening of the anticline core could imply the observed fracture sets assuming that the fracture density increases downwards. Indeed, faults and fractures are much more developped in the fold « inner part/core » (intrado) than in the fold external part (extrado).  Indeed, diffuse fractures evolve to proper faults into the lower dold area, nearby the black shales. At this stage, we cannot be conclusive on this point.

3 alternatives would deserve a discussion based on an accurate field work :

– The fracture pattern is related to the fold shape because of the higher density of structural heterogeneities in the fold core than in the fold external parts.

– The recognized fracture pattern  is related to a later tectonic event than the one which has led to the km-scale fold (e.g. strike-slip perpendicular to the structure).

– The mechanical transition between the black shales and the upper carbonates would lead to a localization of the deformation and an incease in fracture density.